Its wildflower season, so we took a trip out east of Mt Hood for a two nighter.  Arriving in the dark, our preferred spot was taken, but after a bit of driving (around a landslide) we found a suitable roadside camping spot.  Luckily there was just enough room to drive by the landslide.  For a good mile or so there was lots of fallen rocks on the road.  Here’s a pic of the worst one:

We intended to do a big loop, camping halfway.  I was eager to try out my new pack and I have to report that it worked out fantastically.  The trail was full of wildflowers of all different sorts.  Mules Ears, Native American Paintbrush, Avalanche Lilies, and many others I can’t identify.  The best part was that nobody was on this trail whatsoever.  Not a soul.   It was much more beautiful than Dog Mountain, and we didn’t have to contend with throngs of pricks.  On this trail you go through a transitional environment containing plant species from Eastern Oregon, starting to mix with Oaks typical of this area.  Then you enter a coniferous first punctuated by beautiful flower filled meadows. 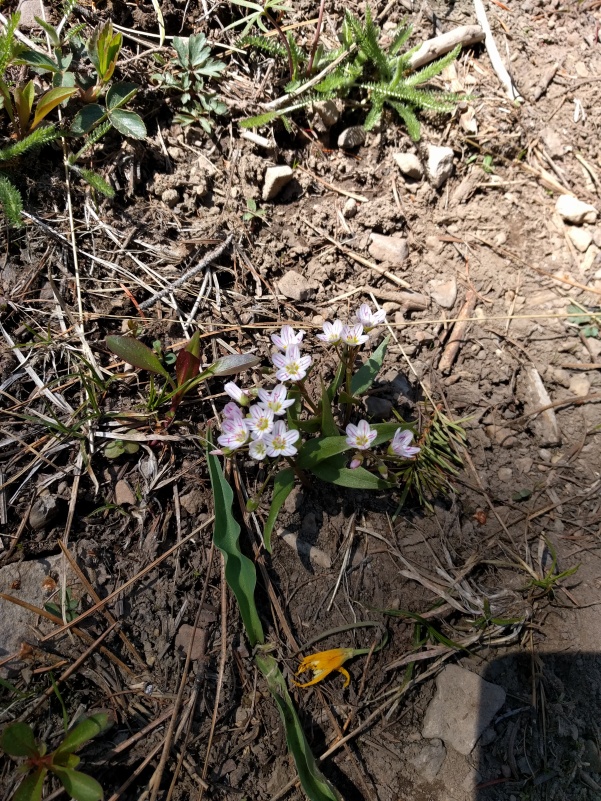 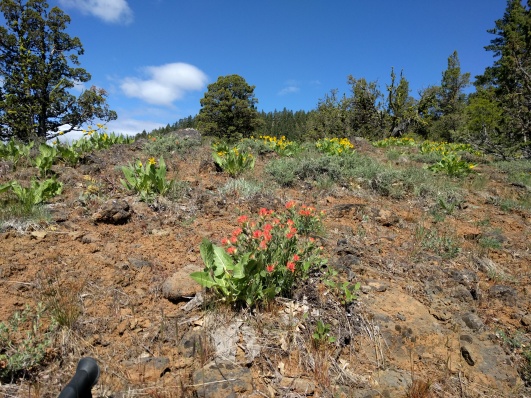 This trail was difficult, it was hard to follow in spots, and we got off track a few times.  Luckily we used the gps app on our phones which kept us on the right path.  We passed through beautiful meadows once we got up high.  You can’t tell, but there are thousands of Avalanche Lilies up here.

We found a great camp spot by a creek, in fact the only campsite near water on the hike that we saw.  Unfortunately I didn’t photograph it, but it was a little farther out and there was still quite a bit of snow despite the heat.

Next morning we set out to complete the loop and head back to the car.  As we progressed, we entered a horrible, disease ridden forest with downed trees everywhere.  To complete the loop would’ve required quite a bit of bushwhacking.  The “trail” (460A) had not been maintained in a very long time.   Some parts had so many downed trees you could just walk from log to log without touching the ground.  It was full of widow makers, everywhere.  There were more dead trees and downed trees than live ones.  If there is ever a burn here, it will be a fucking inferno.  It felt unsafe and creepy.  Parts of the trail were much worse than these photos:

We tried for about 20 minutes to head through it, but we gave up due to the difficulty.  We didn’t have a lot of food left, and we had no idea what the trail conditions would be once we found the next trail.  We could’ve pushed through and taken the risk but decided against it.  You have to know when to bail and when to push it.  Due to lack of food, and unknown trail conditions ahead, we went back the way we came and were relieved.  However, I will be coming back to complete this loop before the season is over, bushwhack notwithstanding. 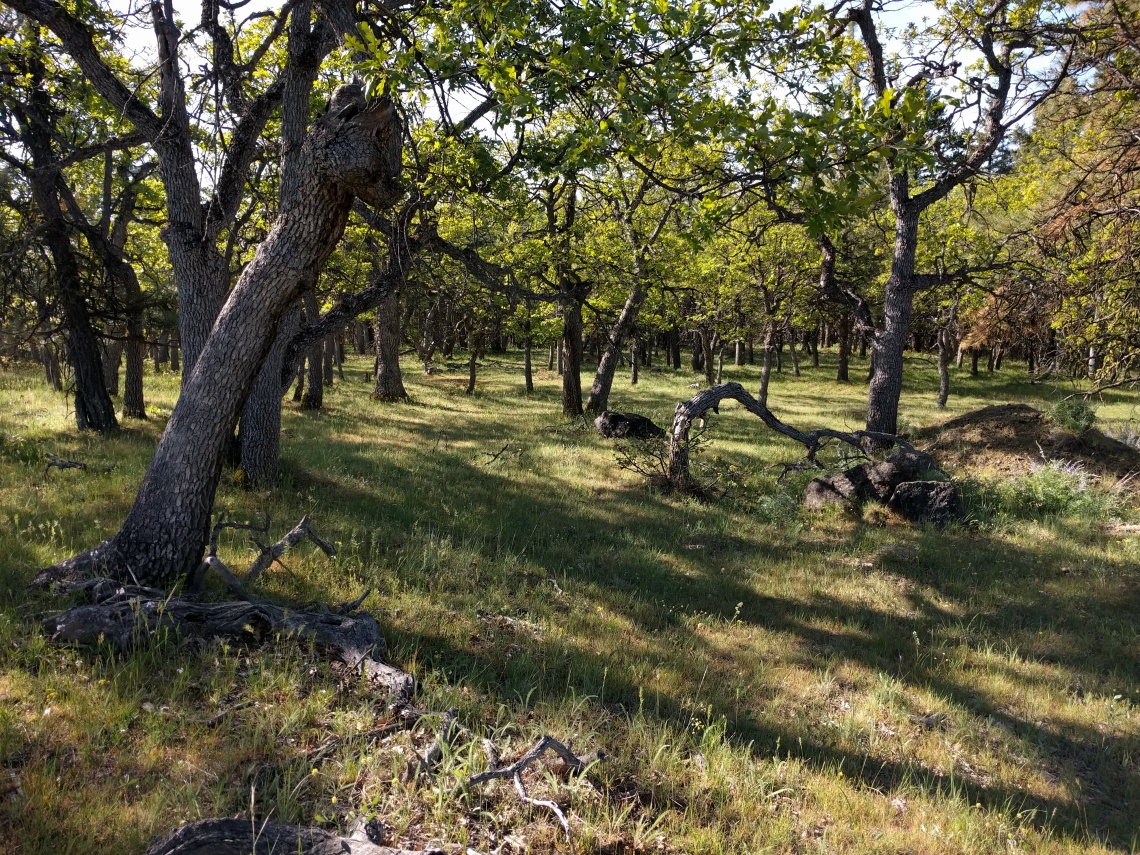