One of the goals of this blog was to also write about trips I take out of the PNW as well as backpacking.  Recently, we went to Puerto Rico.  Here in the NW, if you can swing it, we go on vacation in the winter to somewhere warm.  In the summers there’s no need to leave; its perfect here.  However, the winters drag us down into a wormhole of dissatisfaction with existence.

I basically got to see the whole damn island, but of course missed a lot of spots.  Here’s a little summary of where we went:

I attempted to go to both the Observatorio Arecibo (largest radio telescope in the world for now) and Bosque Estatal de Rio Abajo but they were closed.  Anything state run is unfortunately either closed or run by skeleton crews, many gates were shut and facilities weren’t open.  This is due to Puerto Rico’s severe budget crisis.

My partner was in town for a conference, so we had 5 days in San Juan alone.  We visited Old San Juan which is beautiful and totally worth seeing.  We also visited the neighborhoods of Santurce (shitloads of graffiti and street art), Ocean Park, and Condado.  San Juan is a real concrete jungle, but with nice beaches.  The food was good, and about as expensive as home.  We were able to find a few gems too.  Cities aren’t my thing these days so I took a couple of day trips to other places. 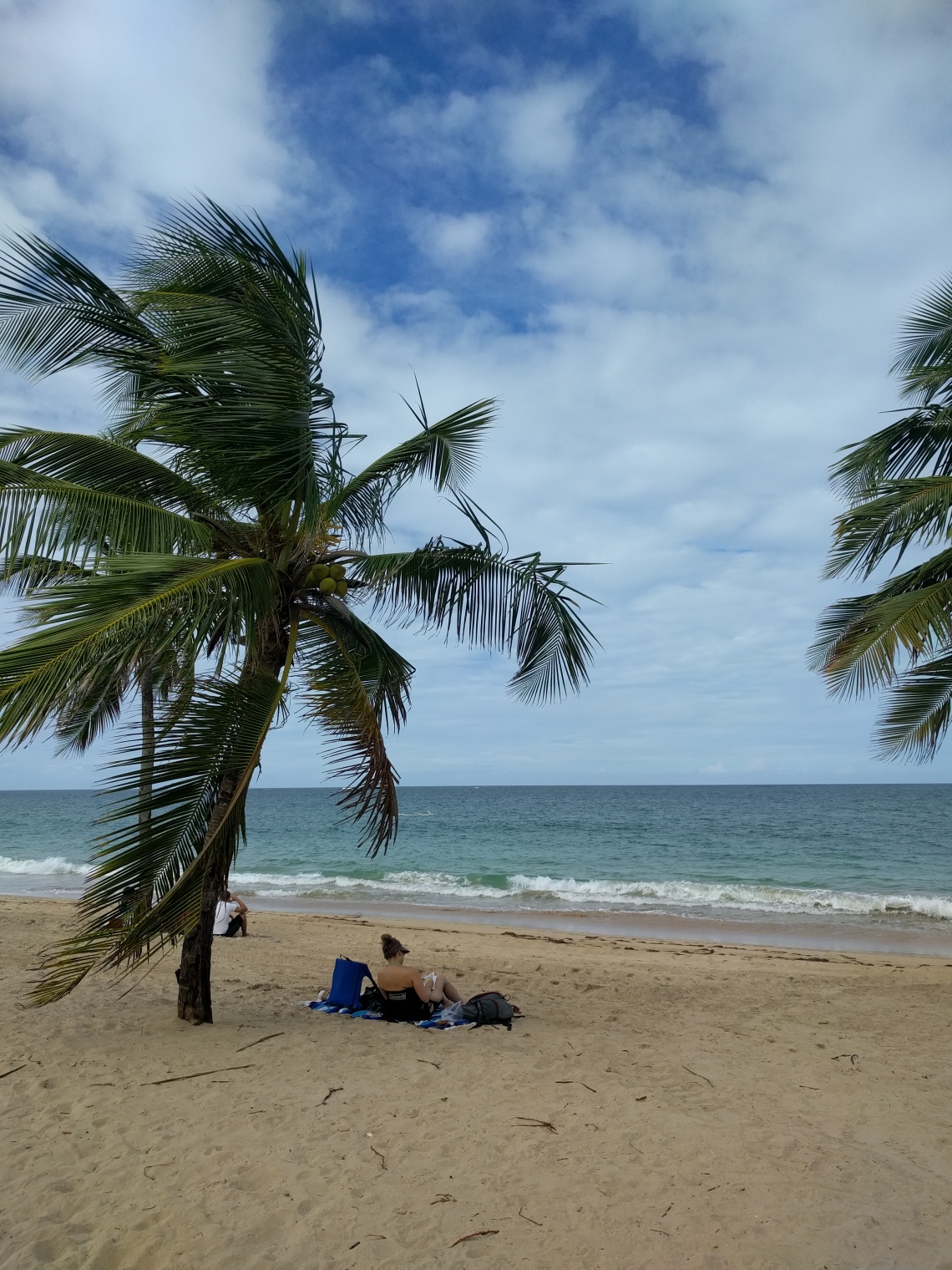 From San Juan we also took an evening kayak tour of Laguna Grande near Fajardo.  We kayaked through a mangrove forest to a giant lagoon which has a high concentration of bioluminescent creatures that light up in the lagoon.  This lagoon is one of 5 such in the world, 3 of which are in Puerto Rico alone.   However, it sucked.  I mean the kayaking was nice, but we didn’t see much as far as bioluminescence goes.  I’ve seen better on beaches in South Carolina and in the Puget Sound.  There are higher concentrations of bioluminescent life at different times, so hopefully others have better experiences. 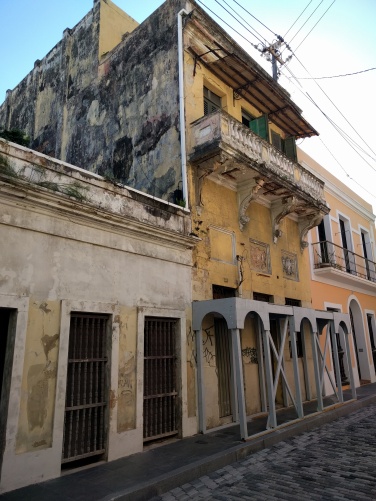 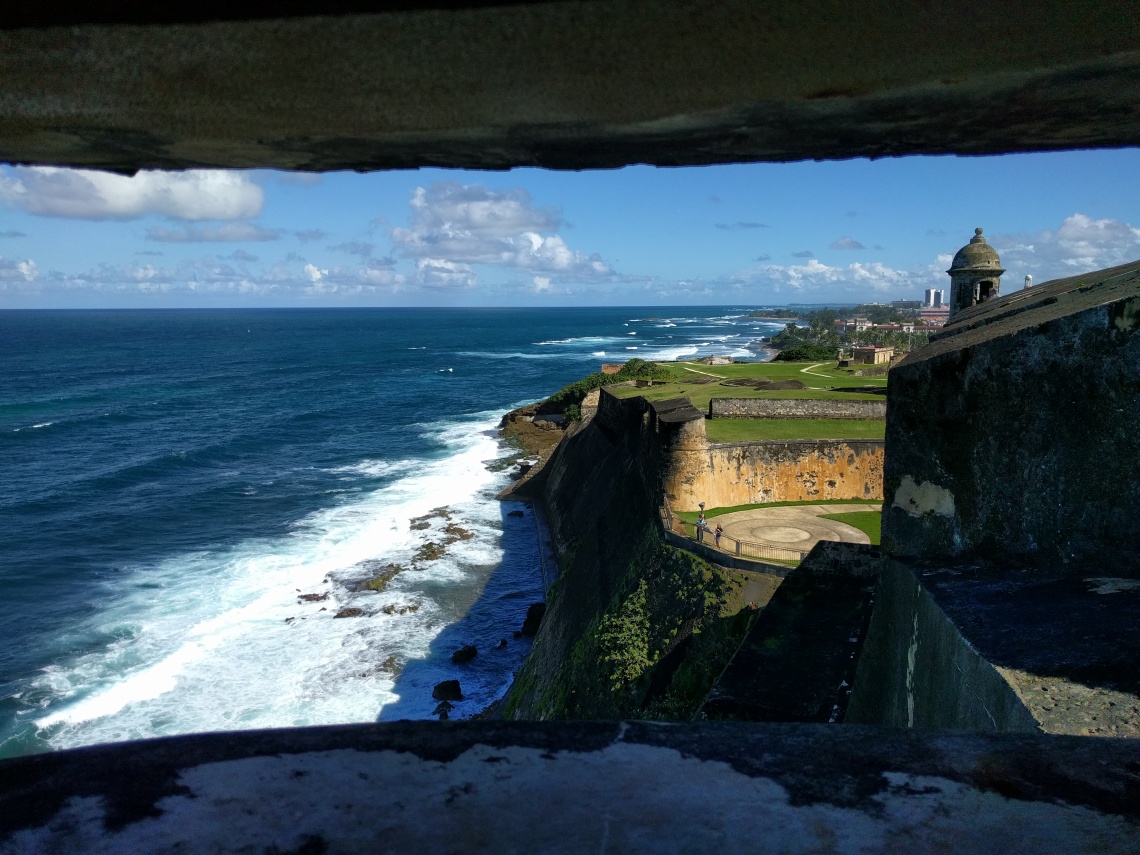 The street art was amazing. 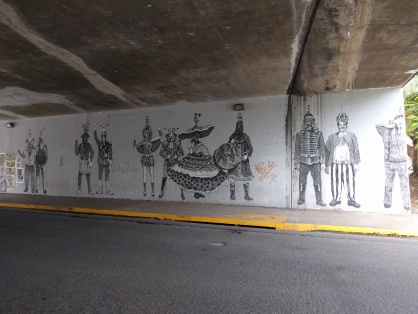 On the day that I failed to visit both the Observatorio Arecibo and Bosque Estatal de Rio Abajo, I instead drove the scenic way back which was stunning.  Its the closest I ever felt to being in a rural area.  Much of the drive was through straight up jungle. 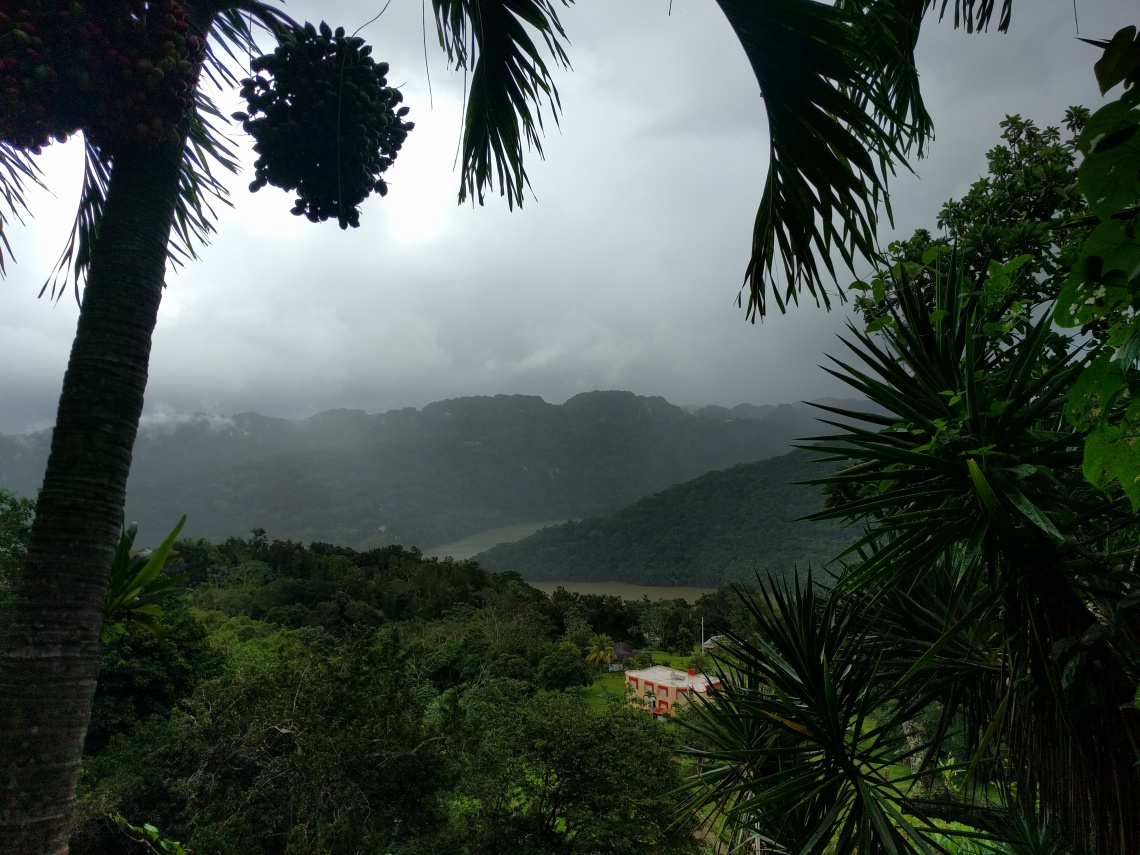 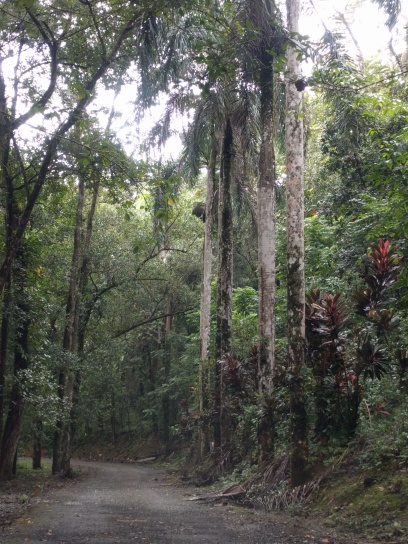 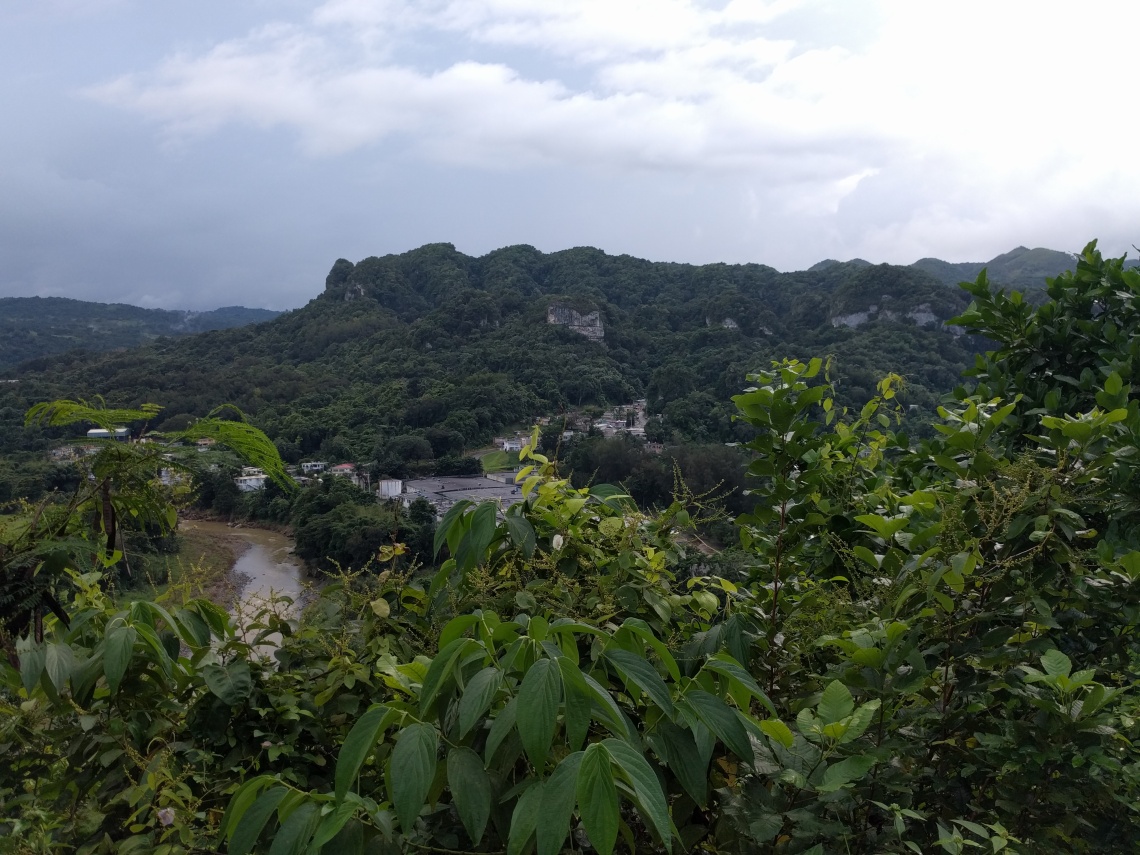 One weird thing was how concerned San Juan residents were for our safety, even advising us not to walk 4 blocks to a restaurant at night, saying we should drive (lol).  Another evening, a parking lot attendant straight up told us not to go a certain way and helped us plan a way back to our car that followed busy, lit streets.

To be honest, I never really felt unsafe and felt like they were overreacting a bit, but they’re the ones that live there and know better.  I guess its important to remember that we’re still in the US, which is more unsafe than many countries especially as far as gun violence goes.

This was my favorite destination by far.  As the name would imply, this is another island off the coast of Puerto Rico.  Isla Culebra is east of the big island and north of Vieques Island.  Its basically picture perfect tropical beaches with tons of snorkelling and beach time.

I had some extra cash due to not having to pay for lodging in San Juan, so I literally flew out for a day trip on a puddle jumper which was a crazy experience in and of itself.  The island is small, but too big to walk everywhere so you need transportation.  I got one of those dumb gas-powered golf carts that go about 12 mph.  For whatever reason everyone else gets jeeps which are total overkill on the paved roads here. 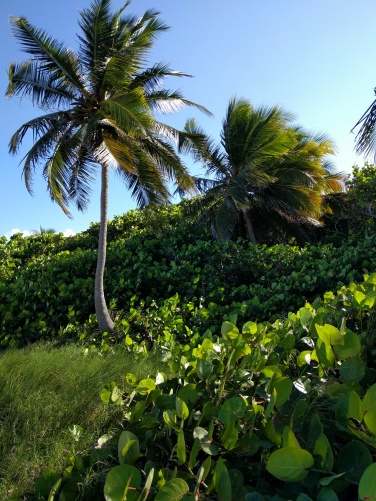 I managed to snorkel at Playa Tamarindo with sea turtles, eat and beach it at Playa Flamenco, and then drive to the far east end of the island to kick it at Playa Zoni with views of the Virgin Islands.  I then drove back in time for a beer in town before my flight back to San Juan.  If I come back to Puerto Rico, it will be to Culebra, nowhere else.  Having visited here I really can’t see a reason to spend too much time on the big island. 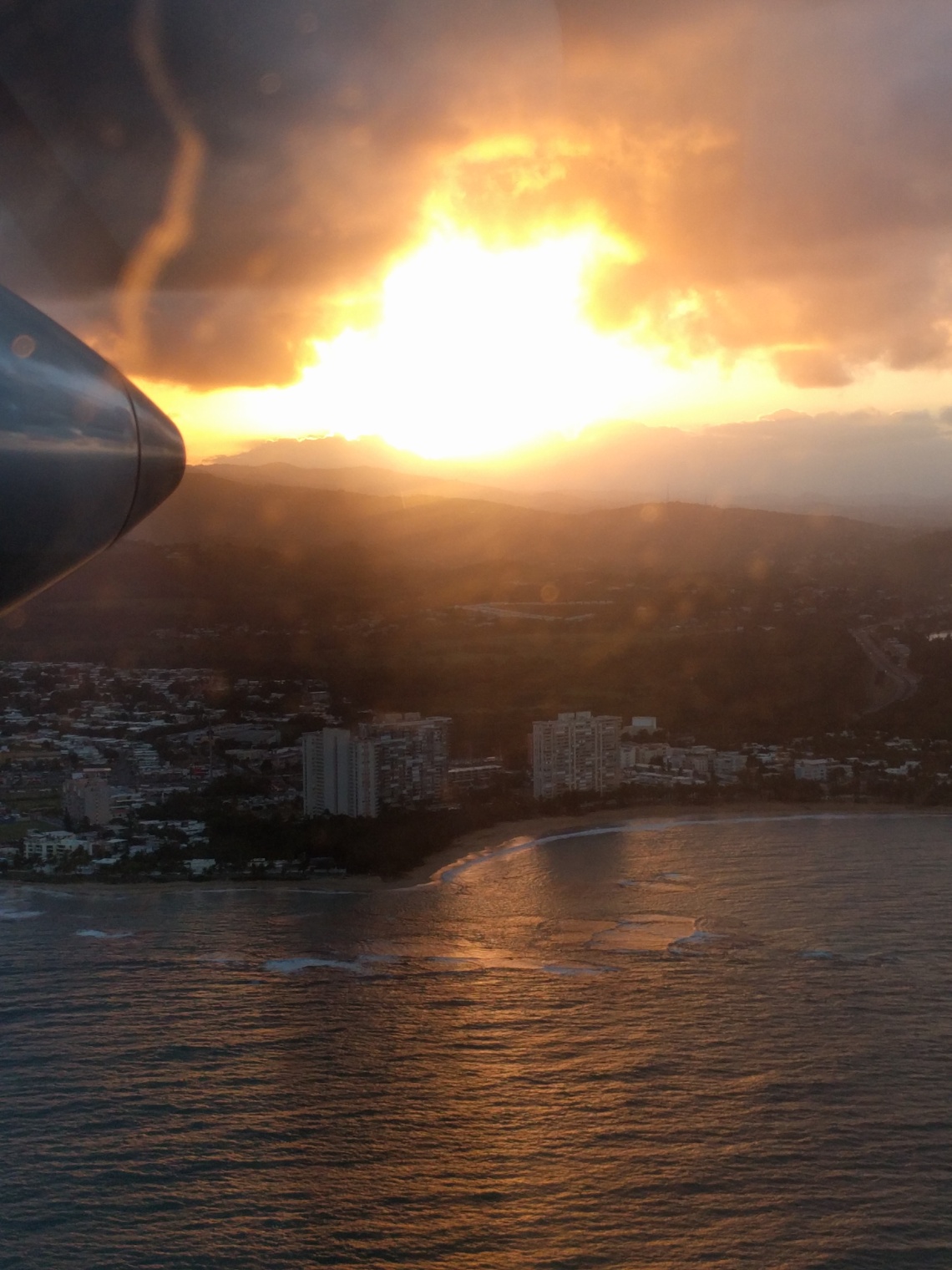 On the way to Rincon we went through Ponce for the hell of it and then to Guanica.  We visited the State Forest of Guanica, which is a dry forest with cacti, succulents, and endemic flora and fauna.  This area was devoid of tourists, but again parts were shut down and we couldn’t really get to places we had looked to go.  The state parks seem a little neglected, a victim of the budget crisis.  The beach we did go to was nice and chill; just what the doctor ordered after being in the car all day.

Our airbnb host told us about a nearby town with restaurants and bars along the waterfront.  Much to our surprise a few thousand people were also out for the annual Christmas parade.  We absolutely loved it! 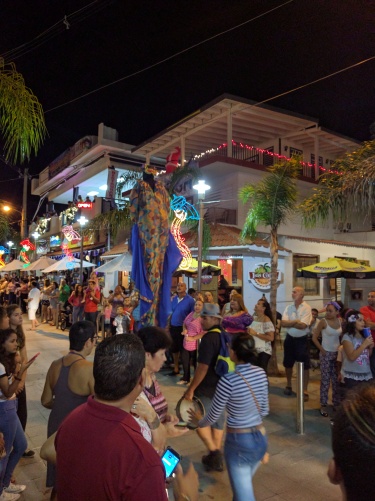 The following day we went to Guilligans Island (seriously), which is a mangrove island where we laid out, swam, and snorkeled.  I had never snorkeled in a mangrove before and it was pretty impressive.  All the fish normally seen in a reef are also here as well as other types of fish I’d never seen before.   I don’t like to hike in tropical, hot places.  I like to jump in the water and snorkel. 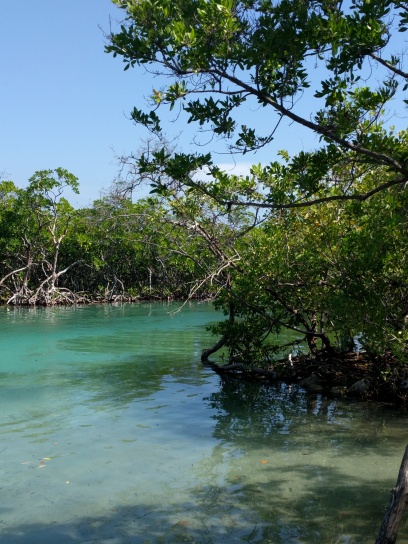 On the way to Rincon, we stopped off in San German which has a ton of old Colonial architecture, but zero crowds or tourists.

Rincon is a place I would consider going back to, it had many beaches.  Our favorite was the one in front of the house we were staying in.  We just brought food, drinks, gear and chilled out all day.  I saw massive brain coral and tons of fish, but the visibility was a little limited due to the wave action.  We were here for two nights and didn’t want to leave.  We spent our last day beaching it all morning and then drove back to San Juan to spend the night.  The next morning we left to return home 😦 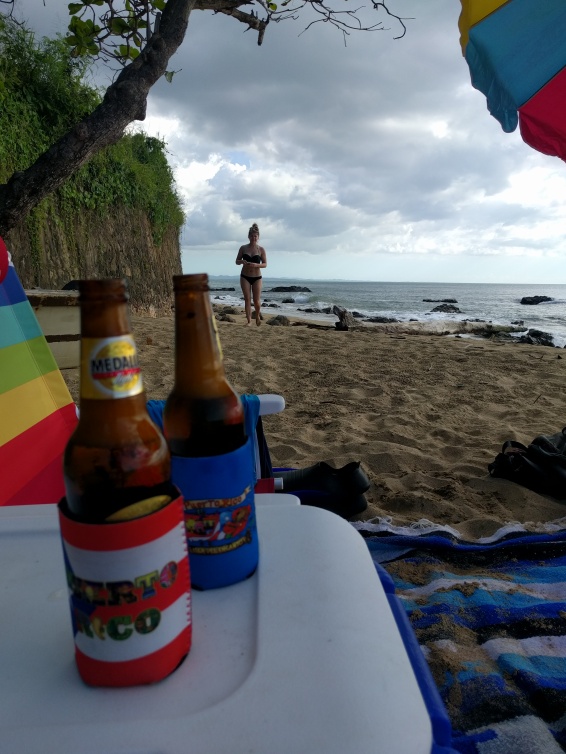 Puerto Rico was fun, but I’m surprised to say its one of the few places I’ve been to that I didn’t have some kind of fantasy about moving to.  Something always tends to fuck up it seemed.  Its kind of crowded, having a higher population density than any US state.  Puerto Rican culture is alive and well, but because they’ve been a territory of the US for over 100 years, much of American culture is there too. 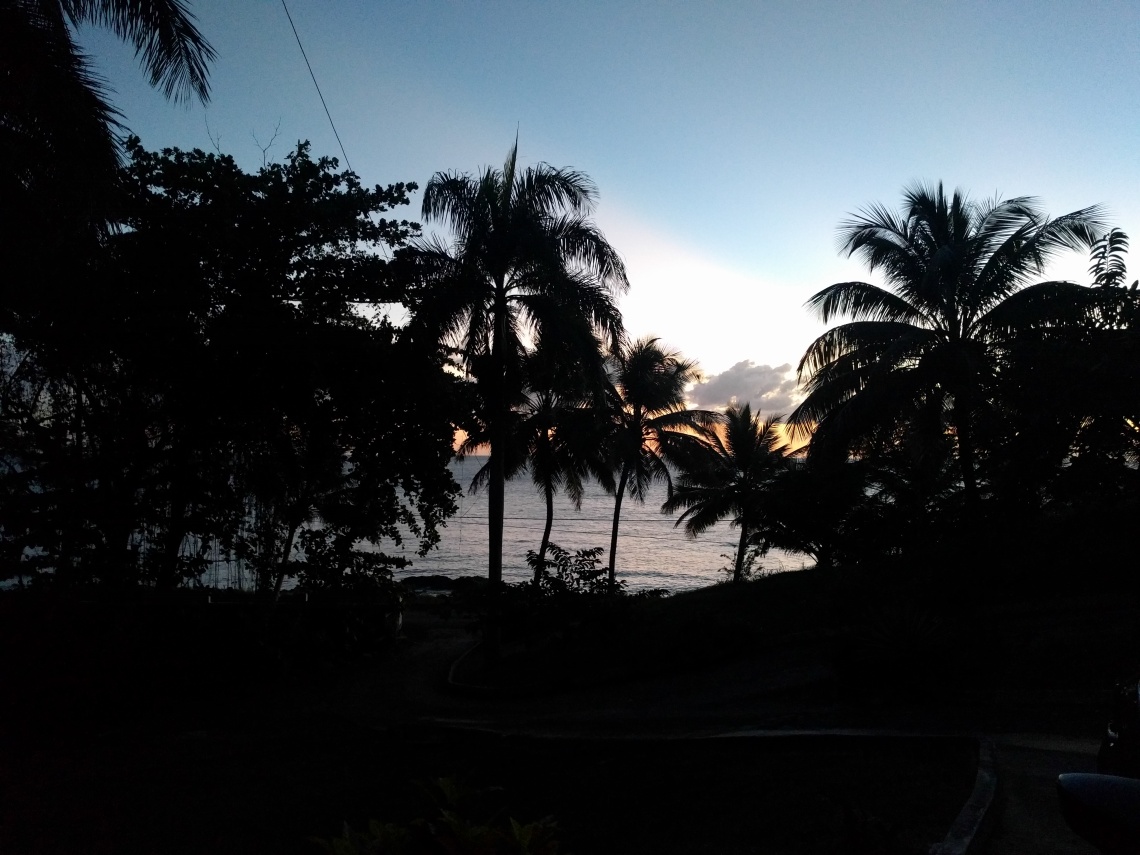 The real bummer is that the shittiest parts of American culture are evident and visible.  Puerto Rico has the one of the highest rates of car ownership in the world and has one of the highest concentrations of roads also.  You NEED a care to get around the island… and there isn’t a damn place to park.  Traffic is hell in nearly every town we drove through.  Fast food, strip malls and packed parking lots were ubiquitous.