I nearly bailed on this trip and Im sure glad I didn’t.  Its the last backpack I’ll be doing until August.   I went up for two nights, because I had Monday off.  My plan was start from Walupt Lake and hike into Sheep Lake to camp.  I’d pass Nanney Peak on the way.  Per usual, I got really ambitious and planned to hike the next day to Goat Lake or Snowgrass Flats and loop back around to Walupt Lake using the Klickitat Loop trail.

Backpacking in the high country is my favorite, even though it seems to be so much harder on my body due to the difference in elevation.    I dropped my pack at the base of Nanney Peak for a nice view of Mt Adams as well as finding a ton of fulgurite at the summit.  Fulgurite is sand/soil turned to glass from lightning strikes.  I also found some at the summit of Salmon Butte.

After this I continued on to Sheep Lake, and not surprisingly there were a ton of groups already there.  Goat Rocks Wilderness is a pretty popular area and I had been expecting this.  The mosquitos were fucking atrocious so I just kept hiking to the PCT junction, turning right and continuing for a bit until I found some empty spots near a creek pouring down from another alpine lake above.  I was surprised how much snow was still around.

The mosquitos swarmed both myself and my pack once I got to camp, forcing me to cover myself completely.  I was so pissed because I meant to buy a mosquito head net and neglected to do so.  Luckily it was cool out and putting on my balaclava provided some relief.  I ate my Harmony House Corn Chowder, adding salami and spices.  I then added a benadryl and passed out.

I decided that the route I mapped out was overly ambitious, a typical move for me.  So I decided to go back to sheep lake, stow my gear, and go on a very long day hike with the intent of submitting Old Snowy.

The hike itself was incredible, parts were quite difficult navigating big snow fields with just my hiking poles and hiking shoes.  Sun protection was key here… I was fully lathered up with SPF 50.  The albedo from the snow made the hike ironically hot as hell.  I had on my beanie over my ears, and a wide brimmed golf hat over that.  After my last alpine burn I wasn’t playing.

The craziest part was that all the snow bridges over creeks were still there… but with giant hollows beneath.  I saw that people were still crossing using the snow bridges, but I hiked up farther until I could just cross on rocks and solid earth.

Once I got to Cispus Basin, I spotted 7-8 Mountain Goats some distance away.  I brought my binoculars as a luxury item for this purpose and watched them for a bit.  I even saw a mom and her kid.  Later, I saw around 4 doe elk in the basin below.  The scenery was fucking spectacular.

The hike took a lot longer than I thought it would.  I made it to snow grass flats area, but stopped short of the trail to go up Old Snowy.  Submitting would’ve put me back at camp at 10pm in the NW summer twilight.  I went back the way I came and was thankfully able to glissade many areas that were a nightmare to walk through earlier.

The next morning I awoke amongst the clouds, early as fuck.  I had to start hiking in order to be back home in time for 4th of July festivities at your moms house.  It was a beautiful hike out: 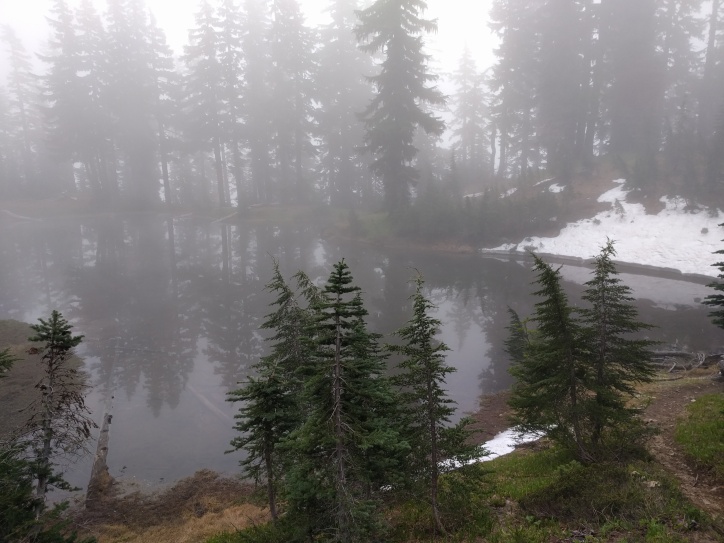 This is just one area and one approach of the Goat Rocks, and I hope to go back to explore more.  Being a 4 hours drive away, it takes a bit more planning and good timing, but is well worth the effort.  Definitely bring insect protection or risk going insane. 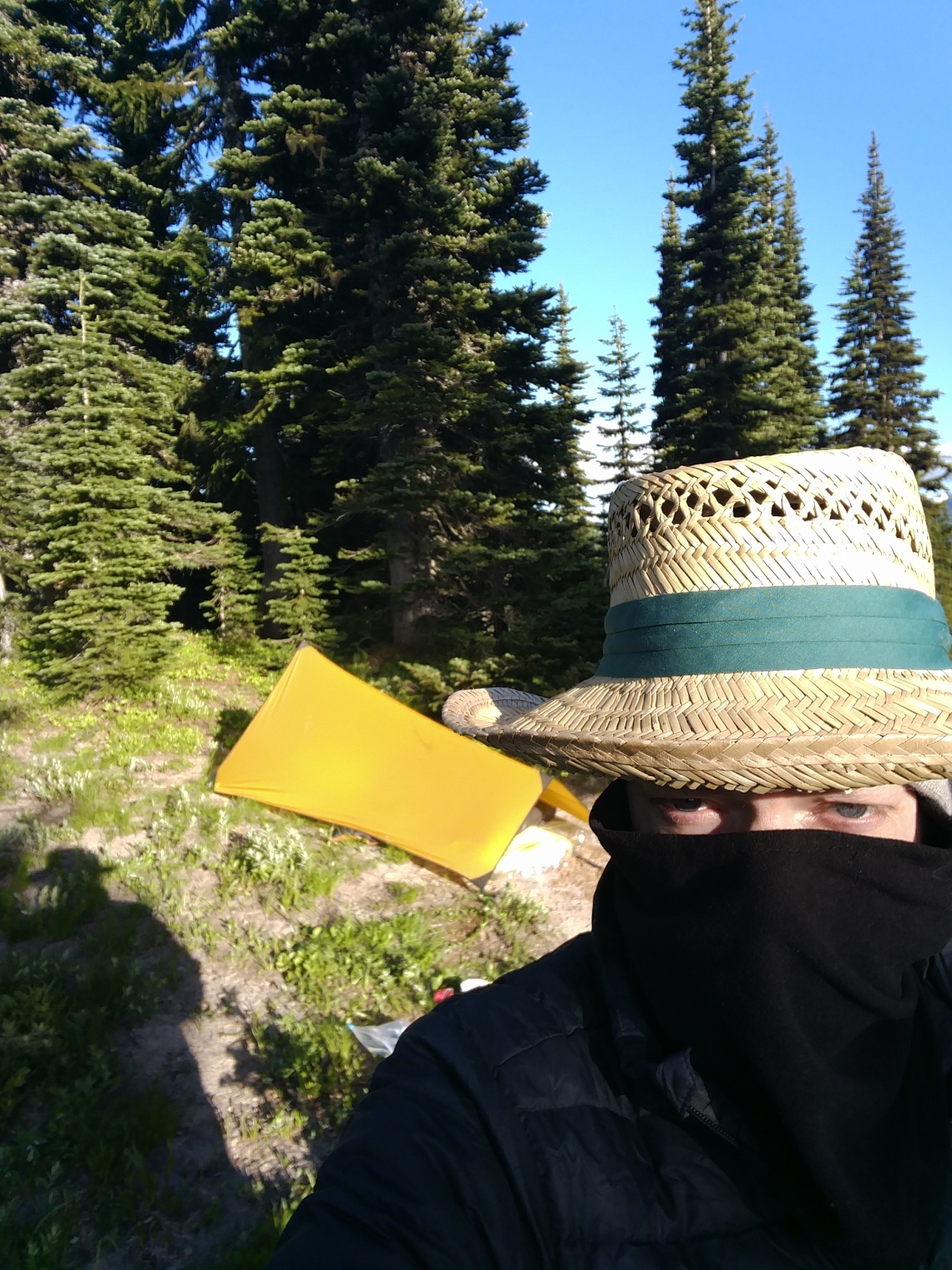