Admittedly, Ive been very curious about using tarps as shelters while backpacking.  I could never really take the plunge though.  I wanted the security and bug protection of my tents.  Also, I didn’t think I’d feel safe just kinda laying there, with just a tarp above me.  What about animals?  In particular, mice.  Fuck that.

However I saw a sale on a Rab Element 1 tarp and snapped it up (it was around $60 on sale I believe).  Total impulse buy, I usually research my purchases to the point of obsession.  Only bummer was that I had to seam seal it.  I wrote the company to see what they recommended as far as seam sealer goes and they actually just sent me a bottle of seam sealer!

I finally got the chance to use it this weekend for a quick getaway.  I hiked in pretty quick and took the first decent spot i could find, as the sun was starting to set.  I was worried I’d have to fidget with it as dusk started.  This tarp sets up with your tent poles, and then you just stake it out.  Pretty straightforward and easy.  I used the aluminum stakes that they included, which are a V-shape.  They worked as well as groundhog-style stakes which I usually use. 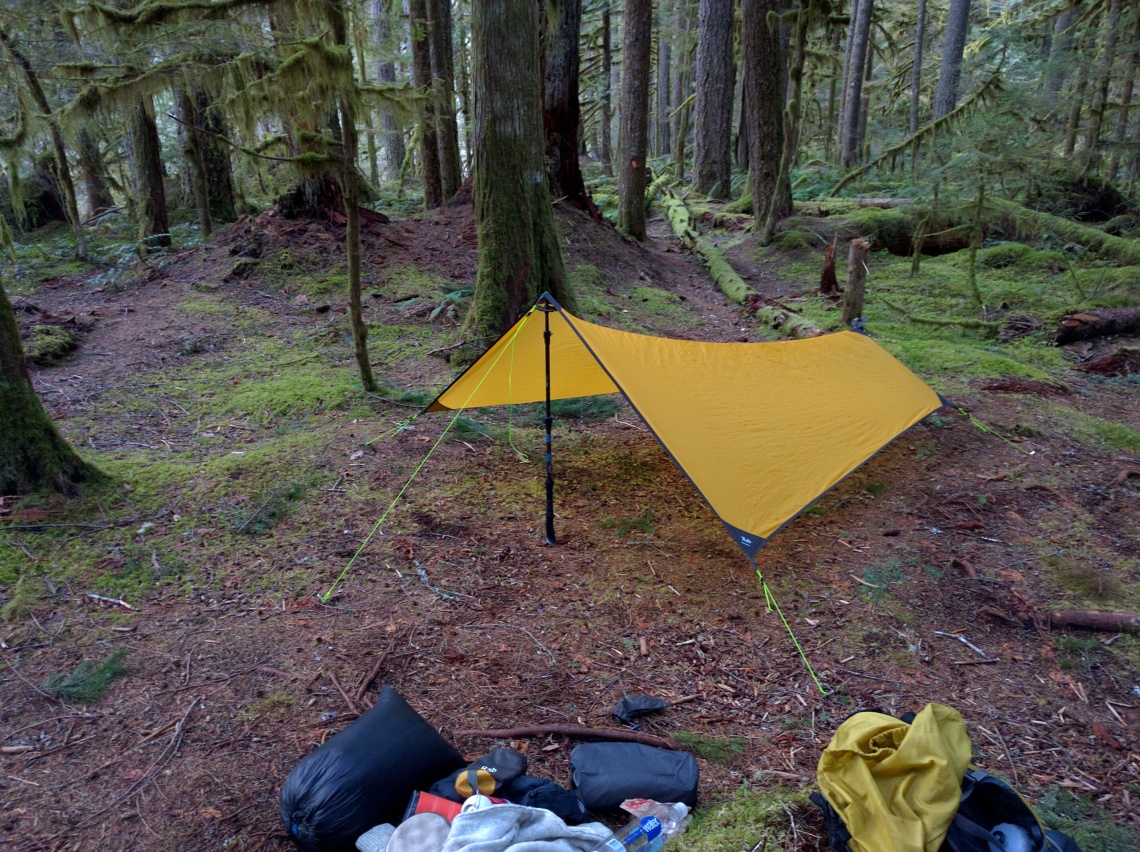 After that I just laid down my polycro groundsheet, sleeping pad, and attached my quilt.  Done.  Once I bedded down, I felt safe and didn’t freak out thinking animals were going to accost me in my sleep.  For me, I felt a sense of security just from having the tarp above me.  It felt pretty spacious too.  It didn’t rain, so I don’t know how it’ll perform in shitty weather yet.  I also brought a bug net, but didn’t need to use it due to the absence of bugs so far.  No condensation whatsoever, a huge bonus in the PNW.

The bonus is that it weighs next to nothing, a mere 11.9 oz.  Thats half the weight of my tarp tent that I usually carry.  That includes tarp, tarp stuff-sack, stakes and stake stuff-sack, 2mm glowire and lineloc 3’s that I used for rigging.  Their claimed weight is accurate, the extra weight is from what I added on.  Not all of the wire was necessary, but it gives you some more options for pitching.  For example, you could forget having the corner rigging, and stake the corners directly into the ground for a more snug shelter that would be better for inclement weather.

If you havent heard of it, glowire is the shit.  It’s highly reflective in the dark, allowing you to identify your shelter when you stumble back from the woods.  Its very strong and doesn’t seem to stretch.  Combine it with line locs to get the right tension and you’re in business.  I tried to get a pic of what it looks like at night:

If you set up like I did (higher off the ground), you would really have no issue with two people being under it, but I would only count on that in the best possible weather.  They also make a two person version. 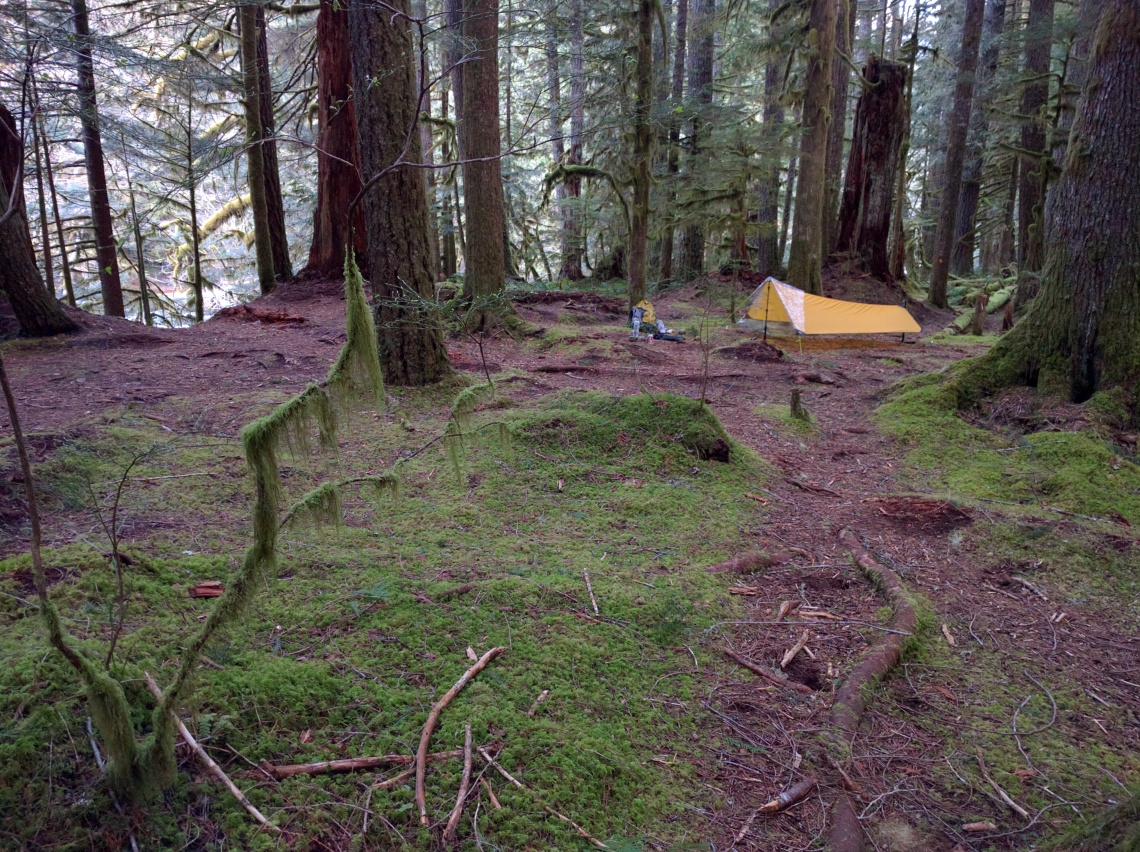 So, this summer I’ll be trying the tarp out in more conditions and see if it’s worth ditching my tent.  Expect a post later in the summer  If you’re interested in tarping, wait for one to go on sale or borrow one from an ultralight freak face.  For whatever reason, full price they’re pretty damn pricey for just a piece of fabric.  Cruise forums and craigslist for used gear.  Keep in mind that you may need some bug protection which isn’t included.  There’s lots of cheap, light options for that out there.  Have fun with it.